The word wayzgoose causes a frown of confusion for many people. Quite often, this facial expression is quickly followed by the question, ‘what’s a wayzgoose?’. For printers, on the other hand, this slightly unorthodox word is a signal to cobble together some money and inspect the diary for availability.

On Sunday, St Bride Foundation held its own wayzgoose. But before we jump into the narrative, let’s appease any remaining frowns of confusion by providing a definition. 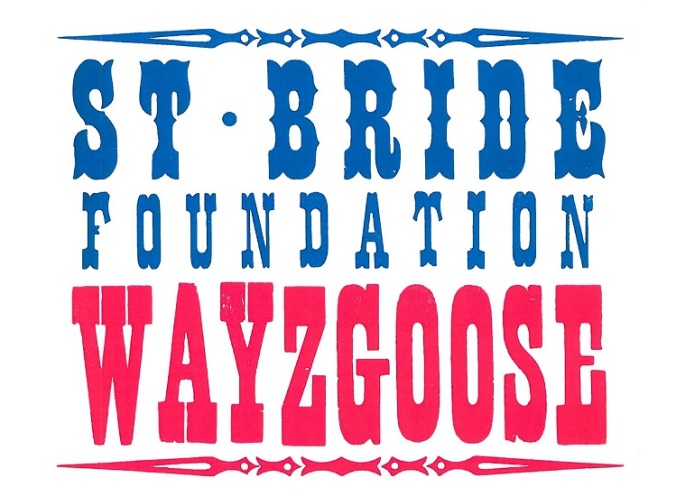 The earliest sense of the word wayzgoose in the OED is ‘an entertainment given by a master-printer to mark the beginning of a new season’. Apparently, these events traditionally took place at Bartholomew tide (around August 29) under candlelight. John Southward writes in his 1875 publication, Dictionary of typography and its accessory arts, that a wayzgoose generally consists of ‘a trip into the country, open air amusements, a good dinner, and speeches and toasts afterwards’.

Later on, the meaning appears to have broadened to simply denote ‘an annual festivity by members of the printing establishment, typically held at summer’.

Yet the use of the word in a couple of other publications includes different details, leading us to doubt that the meaning of wayzgoose has ever been absolutely definitive. Some authors write that it actually took place at the beginning of Winter. Others use the more general term of ‘journey-men’ for those in attendance, rather than strictly ‘printers’. Even the origins of the -goose element carries some mystery, although a popular theory is that the feathered animal was the traditional centerpiece of the festival’s dinner.

Nowadays, the word has a new meaning once more. A wayzgoose remains an annual festivity for printers, but now it’s also a place to buy and sell printing equipment, type, and various other related products of this inky craft.

NB: Our brief definition has now escalated into a linguistic analysis, so for the sake of your attention we shall stop here. After all, we have Sunday’s event to cover. 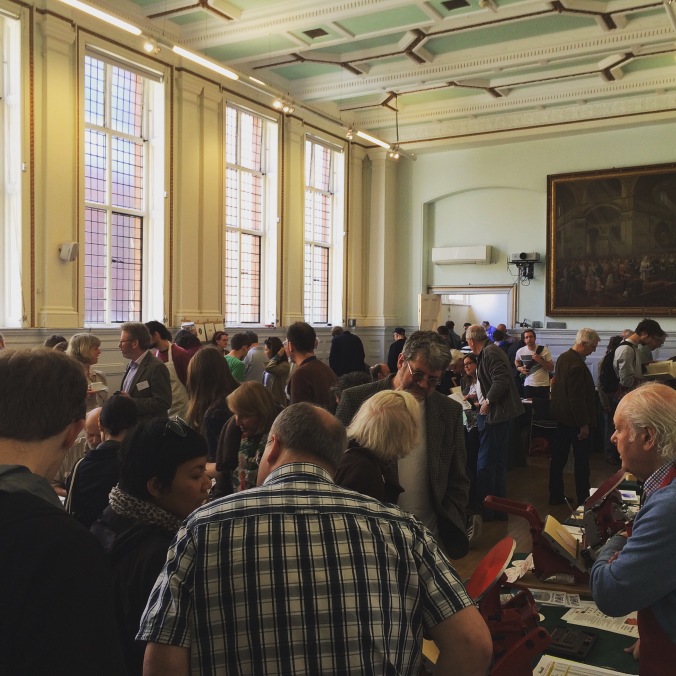 At 10:59am, over 30 stalls, manned by various presses, type-foundries and design studios, awaited the rival of their fellow printers through the Foundation’s blue iron doors. Activity on Twitter suggested that it was going to be a busy one; thirty minutes into opening, this forecast proved to be reliable.

The busy halls and stalls didn’t mean that it was a hectic affair though. The general vibe inside actually remained relaxed and pleasant. It was a fitting atmosphere for a sunny Sunday afternoon on Fleet Street, where the streets were ghostly quiet in comparison to the typical mid-week rush. . 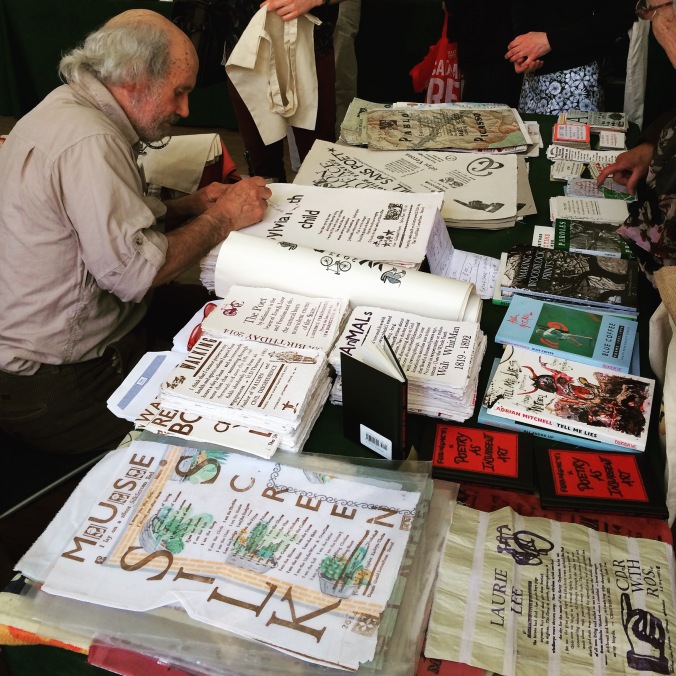 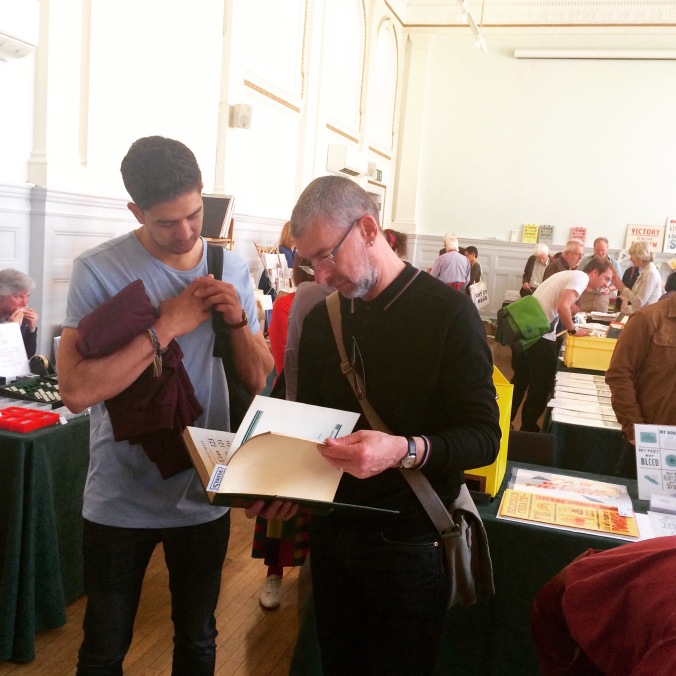 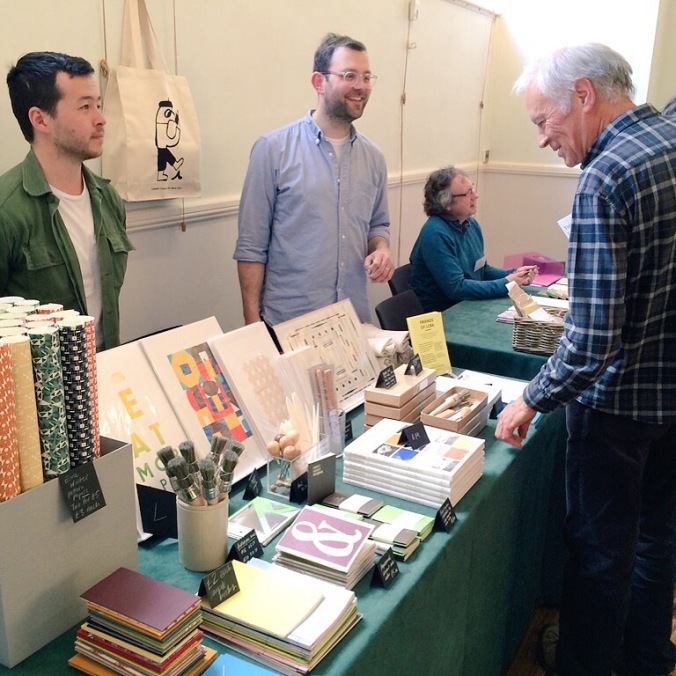 Above: London Centre for the Book Arts // Below: LCC 6×6 Collaborative Letterpress Project 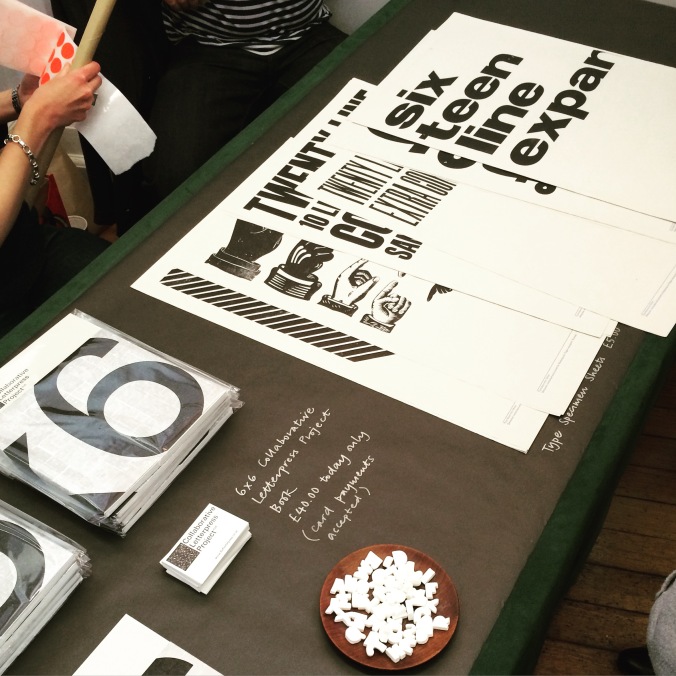 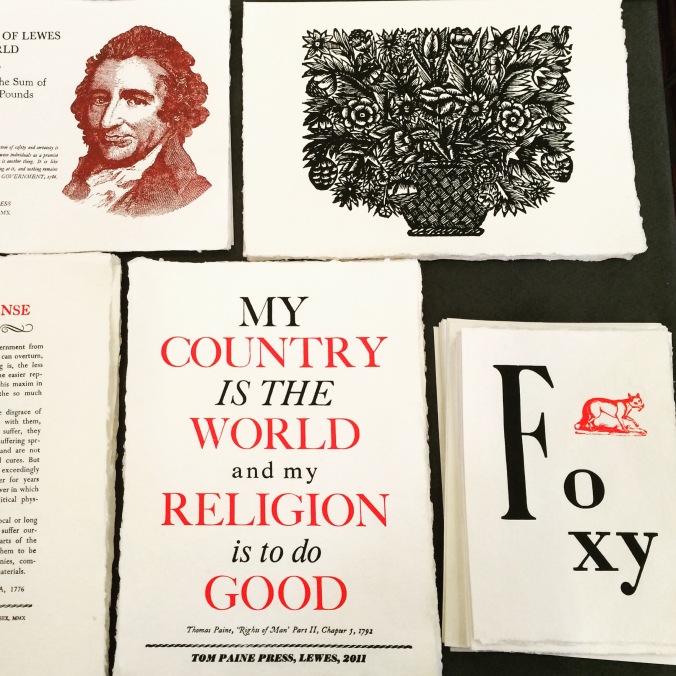 Above: The Tom Paine Press // Below: The Stumptown Printers (All the way from Portland, Oregon) 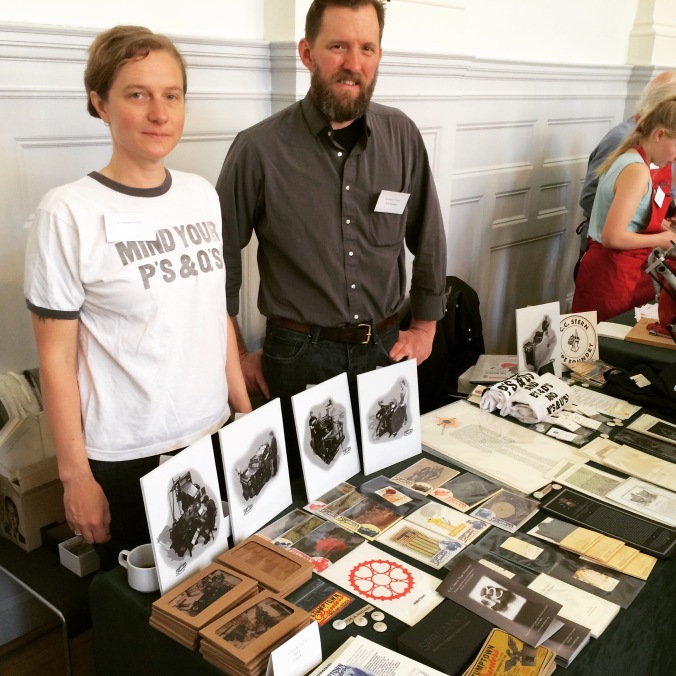 Even though there were cash boxes placed behind these tables, the day wasn’t really orientated around money-making. Rather, it was an opportunity for people to showcase recent work, provide some inspiration, and meet new faces, as well as catch up with the old.

The day was also very much a family event, with people of all ages in attendance. (When someone who is still in compulsory education is helping people on an Adana Press, you come to realise that the future of print is in safe hands). 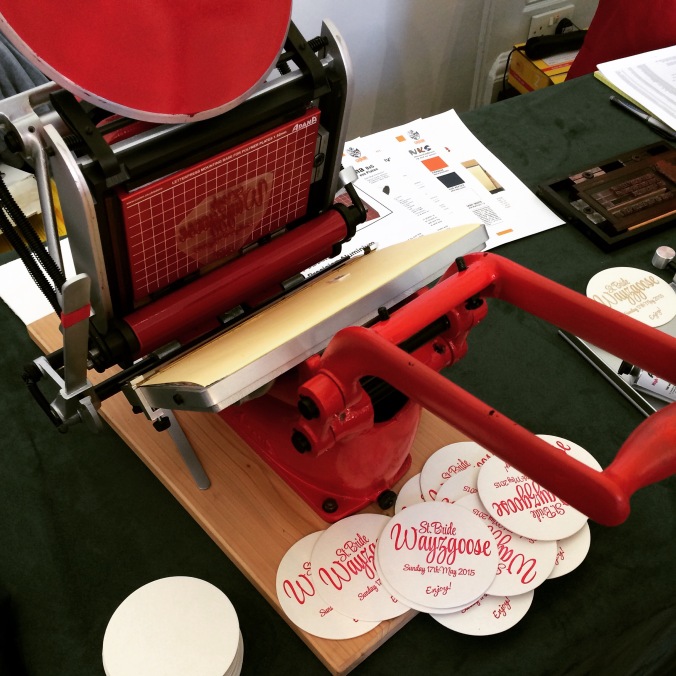 Above: A few wayzgoose beer mats printed on the Adana at Roy Caslon’s stand 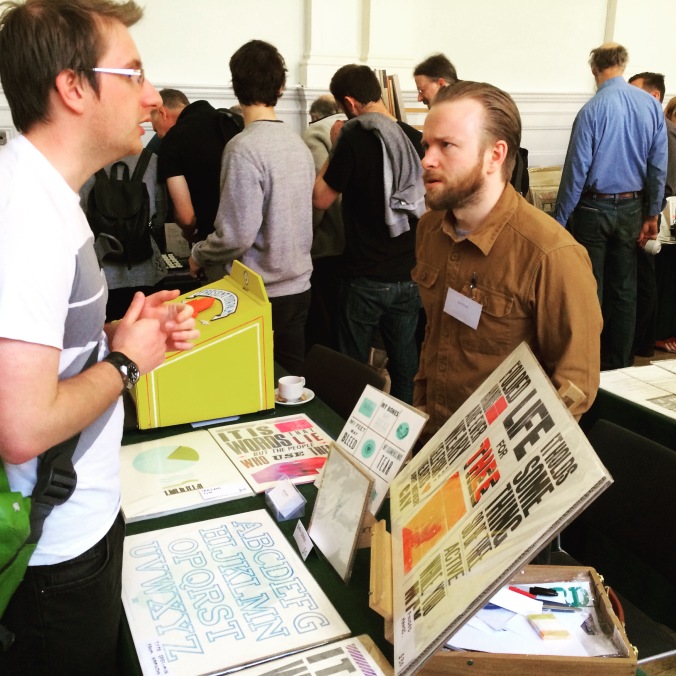 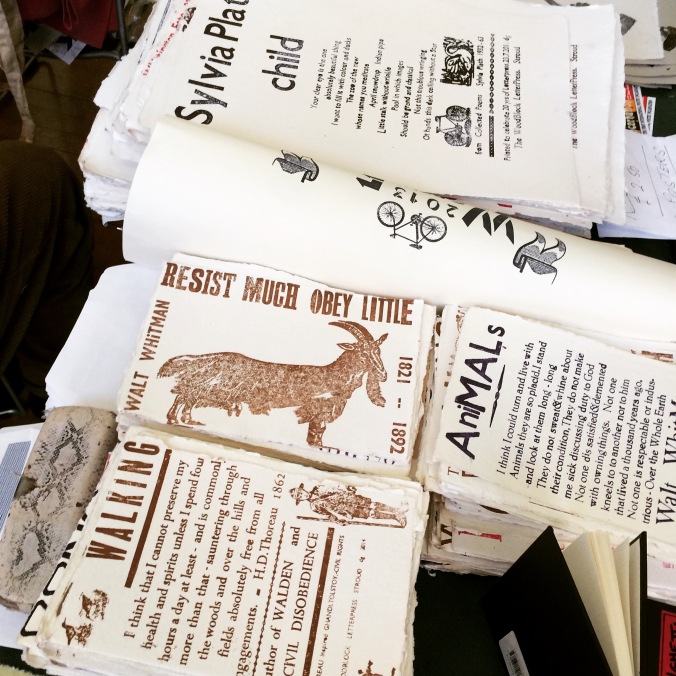 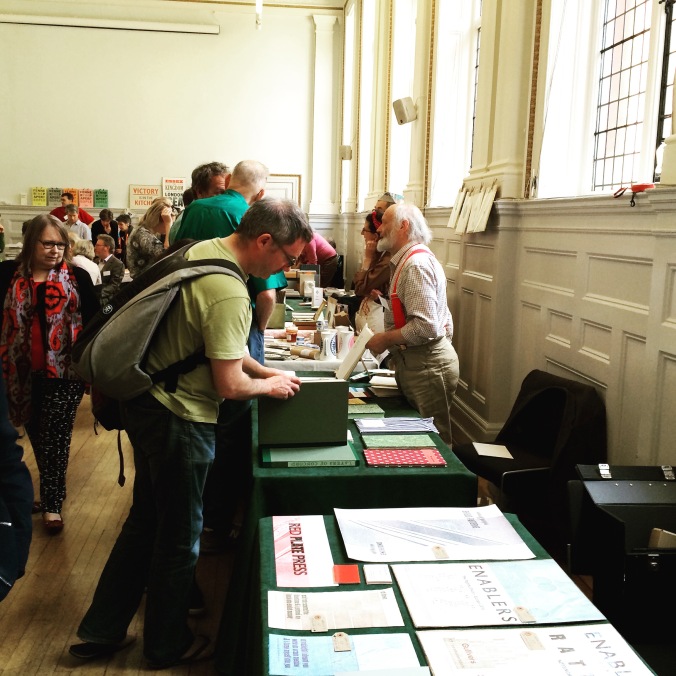 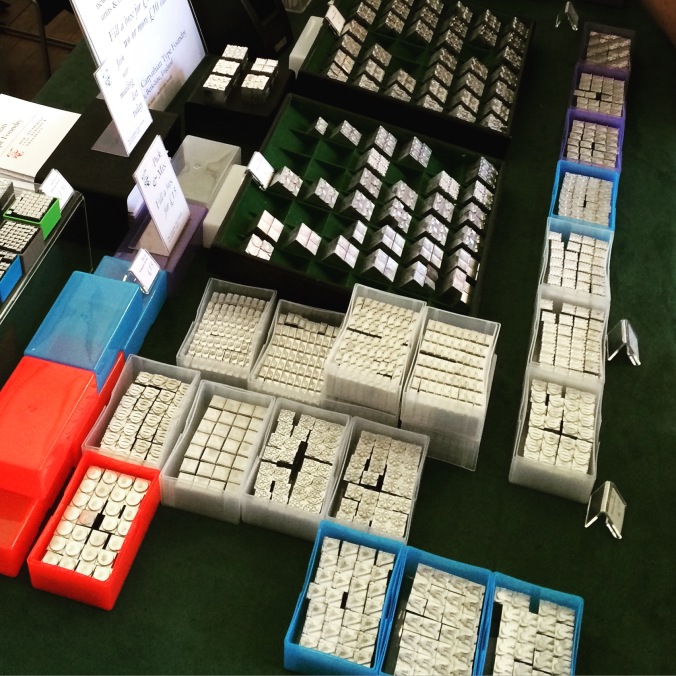 Above: The Carpathian Type Foundry //  Below: Cleeve Press. 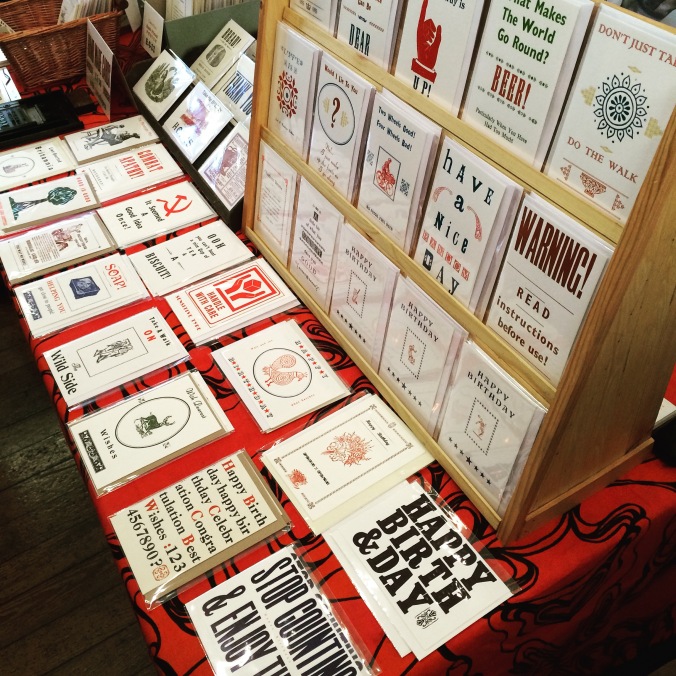 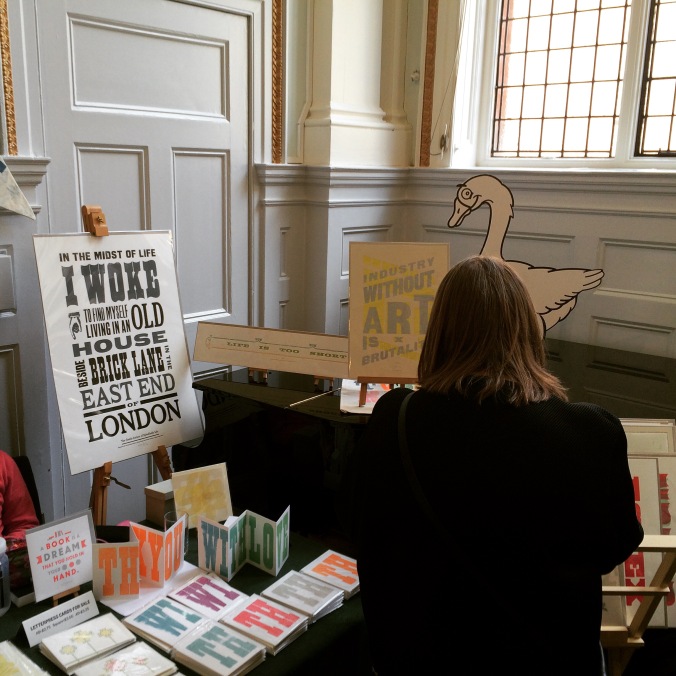 Above: Typoretum  // Below: Wood Engraving by Zillah Curtis 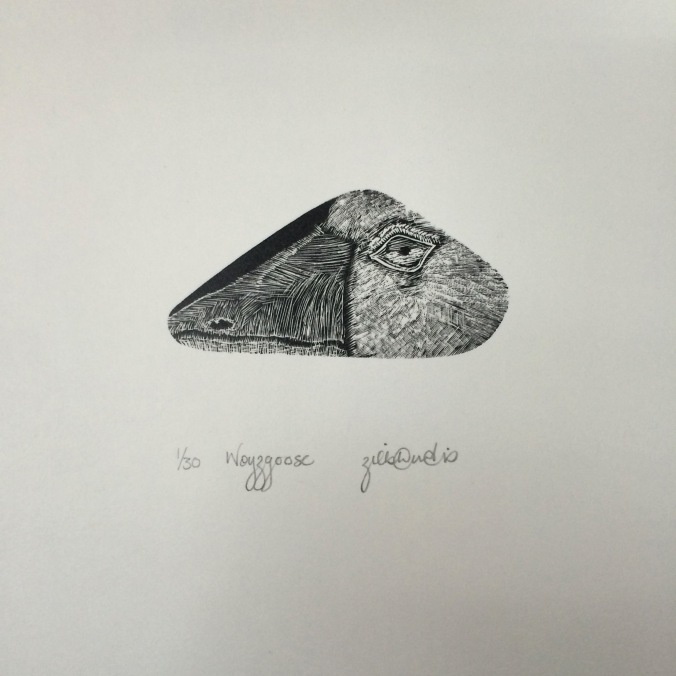 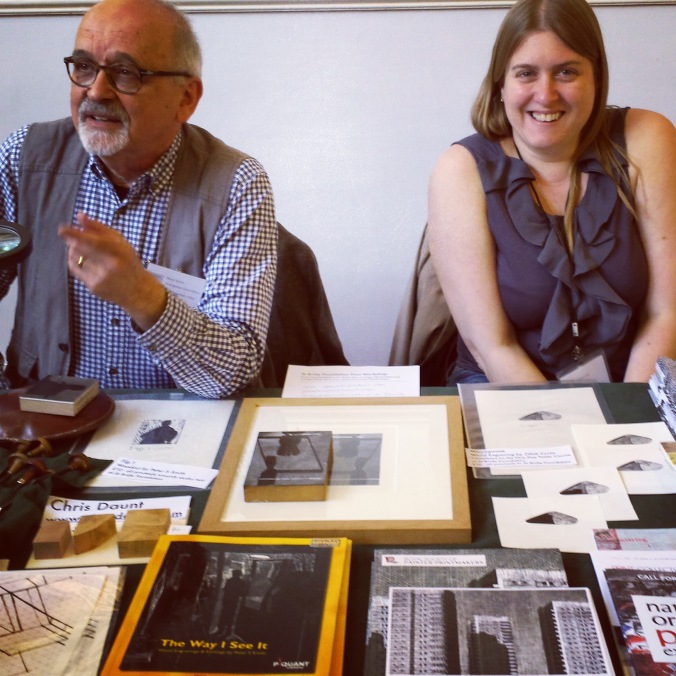 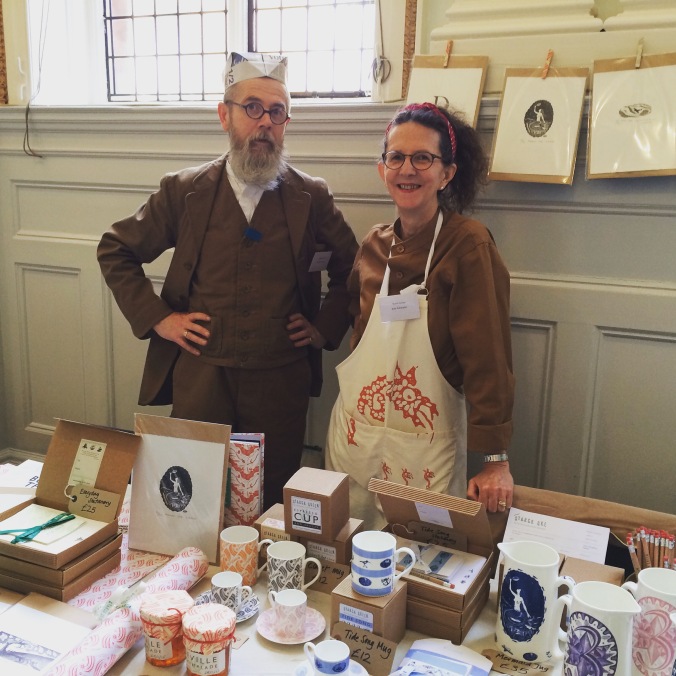 Along with the two halls, there were also a pop up cafe in the Passmore Edwards room with tea, coffee, and freshly baked cakes. Two floors down from the cafe was the workshop, where people could print some keepsakes and (more crucially) learn how to make a printer’s hat.

Unfortunately, the Foundation’s Fleet Street location prevented us from offering a countryside jaunt as part of the day’s activities. However, the local area’s historic connection with newspapers allowed for a different, more unique element, which was to educate visitors on the production of newspapers. 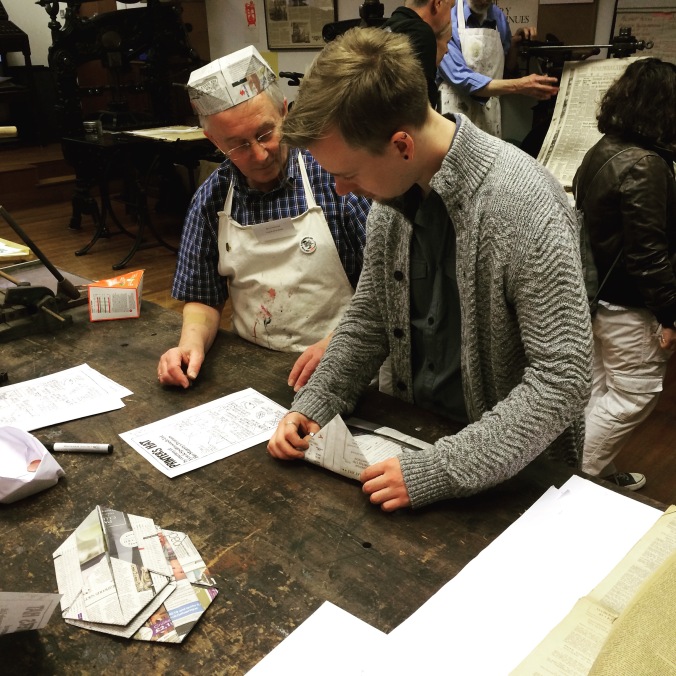 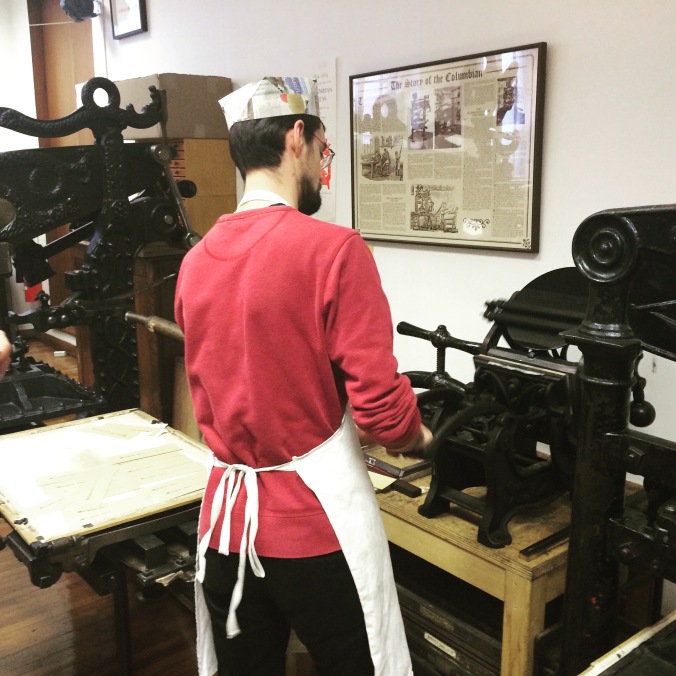 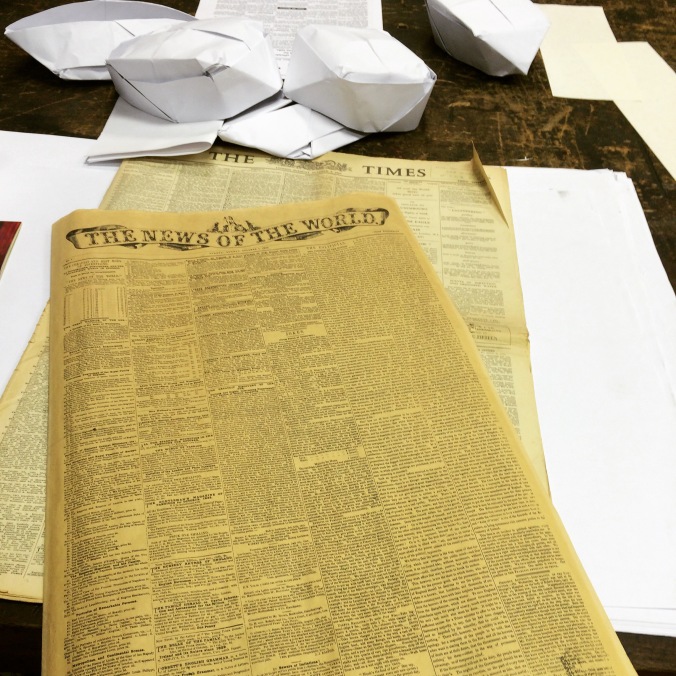 To conclude the day, the raffle was drawn. The lucky few have already been notified, but to reassure you that it wasn’t fixed, we have written the winning numbers below..

By 4pm, the day was over and the pack-up commenced. The feedback we have received since has been fantastic and it’s still coming in. Whether you bought something, sold something, printed something, or just aimlessly wandered around, we’d like to thank you, as all of the nice words are consequent of your attendance. A big thanks also goes out to the Wayzgoose Committee, who made the whole thing possible. 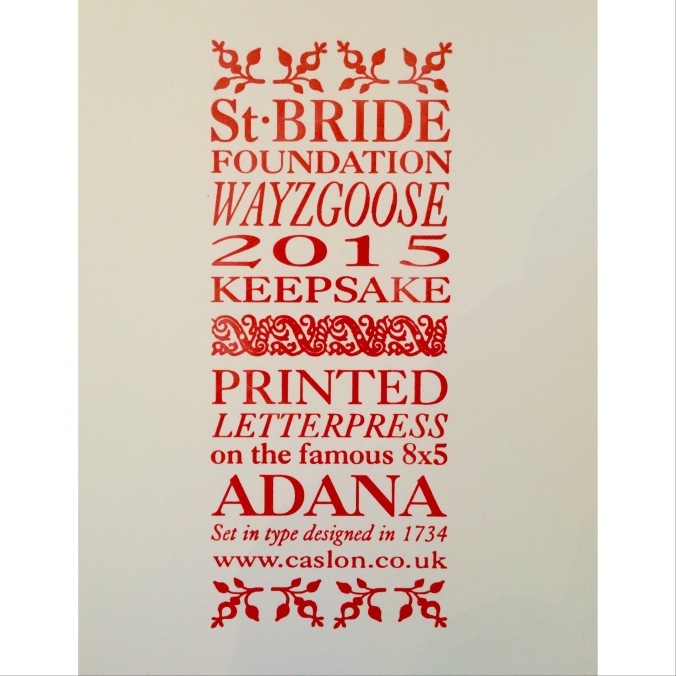 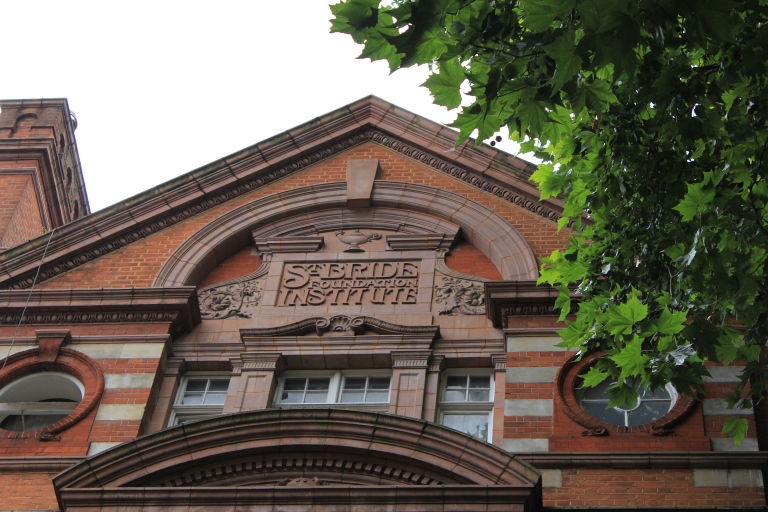